With a little help from Japanese media, the stage is being set.

Jerusalem Online reports that Mahmoud Abbas, the leader of the Palestinian Authority, has told Japanese Journalists that he is ready to meet with Israel PM Netanyahu in Washington DC at any time, “under the auspices of President Trump,” and begin negotiations on a two state solution with great concessions. Abbas admitted there “is no alternative to a two state solution.”

According to reporting of the interview with Japanese media, (the original interview could not be found at time of this summary;) the Palestinian Authority Chairman said “a political settlement would be based upon painful Palestinian concessions,” but also mentioned the 1949 Armistice Lines. The 1949 demarcation lines give East Jerusalem and the Temple Mount to the Palestinians, which Israel will not allow to happen. The lines ignores the 1967 Six Day War and territory recovered by Israel.

By “great concessions” we can only hope that means, at the least, recognizing Israel’s right to exist as a Jewish state.

Abbas is scheduled to meet with President Trump in Washington DC on May 3rd, 2017. 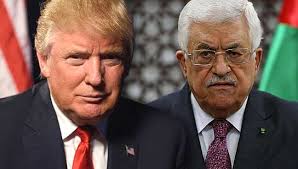 It is very interesting that these comments were made to a Japanese journalist, far from Middle East reporting.

The Japanese Prime Minister, Shinzo Abe, was the first foreign leader honored with a meeting after President Trump’s election in November. Then in February PM Abe returned not only for a visit to the White House, but also enjoyed a weekend of golfing at Trump’s Mar-a-Lago resort in Florida. 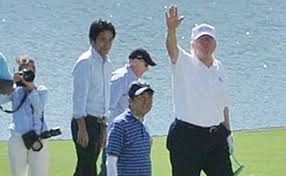 Is Trump getting a little help from the Japanese media to set the stage for talks with the Palestinians?

With the widely read Jerusalem Online, and Israel’s Main Newscast reporting that Abbas is ready to make concessions, the pressure is on.