Trump Ladies in Arab Nation – No Head Scarves and $100 Million for Womens’ Empowerment.

First lady Melania Trump was stunning throughout the meetings in President Trump’s visit to Saudi Arabia, without the head-scarf said to be traditionally requested for women. There were several women prominent in the meetings without head-scarves in the country hosting the most sacred Muslim worship centers in the world, Mecca and Medina.

Ivanka Trump, the President’s daughter and close advisor, used her negotiating skills to acquire $100 million from the leading Arab countries for “Women’s Empowerment,” and more to come. 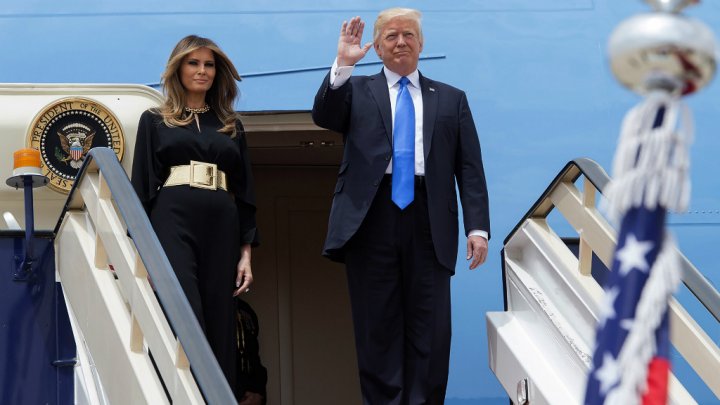 Saudi Arabia is taking influence from the United States in allowing more freedom for women.  On May 4th, 2017 King Salman issued a decree on opportunities for women, allowing women to obtain government services, like passports, without permission from a male guardian. It also ordered organizations to provide transportation to female employees. Women in Saudi Arabia have already started entering into business and local politics. While women are still not allowed to drive a car on their own, that is expected to be revised over the next year.

Most telling in the historic meeting with President Trump and the Saudi King was the interpreter sitting between Saudi King and President Trump. The interpreter who remained between the two leaders directly in front of the cameras throughout the historic meeting, was a woman, placed in such a prominent position and without a headscarf. This sent a significant signal to the world that Saudi Arabia is in the process of reform. 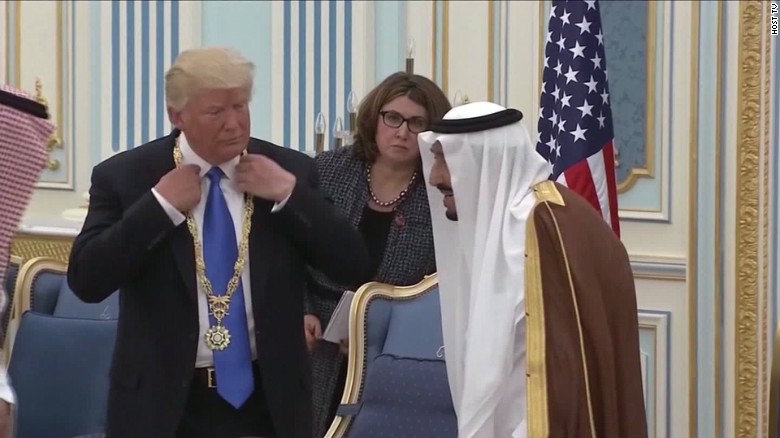 President Trump received the highest civilian honor from the Saudi King. The unidentified woman interpreter sat behind the two world leaders throughout the meetings and ceremonies.

While President Trump was involved in the bilateral meetings with Arab leaders, Ivanka Trump attended a roundtable on women’s economic empowerment while the first lady visited a school and an all-women business center.

Ivanka Trump has spearheaded alongside Germany Chancellor Angela Merkel, a woman’s empowerment fund to be backed with $100 million by Saudi Arabia and the United Arab Emirates.

She was reported to have said at the roundtable;

“The stories of Saudi women, such as yourselves, catalyzing change, inspire me to believe in the possibility of global women’s empowerment,” she said, noting that the government has taken strides to advance women’s participation in the workforce and politics.”

The World Bank is set to announce at the G-20 Summit in July a $1 billion fund for women’s economic empowerment through the Women’s Entrepreneurship Facility as a result of this same effort by Ivanka Trump.