The first ever stationing of an U.S. Army Unit on Israeli soil is now official.

The Israeli Air Force announced that the US military’s European Command (EUCOM) had opened a “base within a base” at the IDF’s air defense school, inside the Israeli Air Force’s Mashabim Air Base, west of the towns of Dimona and Yeruham in southern Israel.

The new barracks, offices and support facilities for U.S. military personnel are located not far from a US military radar installation east of Dimona. The radar tracks ballistic missiles once they are launched and provides details on their flight paths to defense systems.

“The United States and Israel have long planned together, exercised together and trained together. And now, with the opening of this site, these crucial interactions will happen every day.”

After reports of a new U.S. military “base” was publicized, EUCOM corrected the language calling the new building a “U.S. Facility”, not a military base, a distinction in language because it was on an already existing Israel Air Force base.

Since 2011 the U.S. and Israel have worked closely together on the Iron Dome and other missile defense systems that have successfully shot down over 1,500 rockets aimed at Israel civilian populations with a 90% success rate. The system can determine if the incoming rocket will impact an open field or civilian area and will only fire if civilians are in danger. The over 1,500 missiles fired targeting innocent Israelis were fired from terrorists in Gaza, an area of Israel on the Mediterranean Sea that Israel withdrew from in 2005 and turned over fully to the Palestinians. 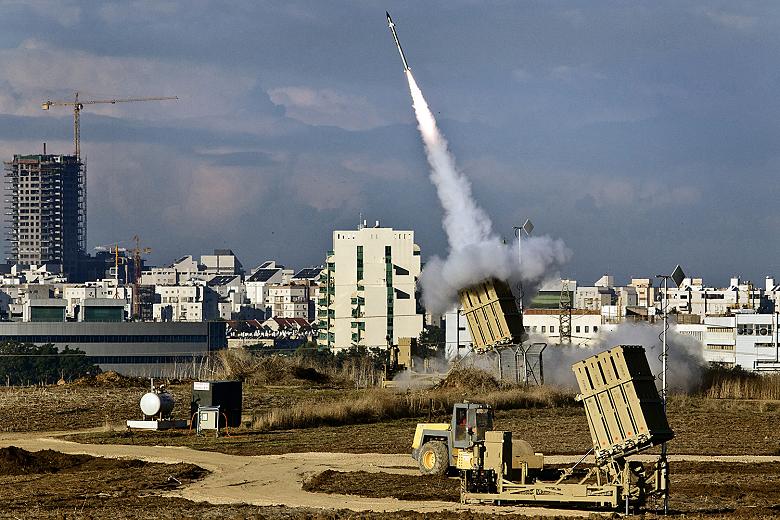 The successful Iron Dome, developed by Israeli Raphael Advanced Defense Systems of Israel and build in cooperation with U.S. defense contractor Raytheon, intercepts short range missiles, rockets. artillery and mortars. The new systems built as a U.S. – Israel joint effort now include the long-range Arrow 3 and medium-range David’s Sling missile defense systems that went operational over the past year. This is part of the ongoing and growing U.S.-Israel cooperation on missile defense and monitoring Iran’s activities in nearby Syria.

Raytheon is working toward production of a U.S. version of Iron Dome called the “SkyHunter™ missile” that could someday defend forward-deployed American forces.

The US-Israel Strategic Partnership Act, naming Israel as a strategic partner of the United States, was signed in to law by President Obama in December 2014. It included increased forward leaning weapons placed in Israel and enhanced partnership in national security and missile defense.

This new U.S. base in Israel is a result of the increased military cooperation since it’s passage. Robin Rowan, Director of Church4Israel, was involved strategically in lobbying for passage of the Strategic Partnership Act. Advancement in Israel’s security is dependent on Christians having a voice to Congress on issues and legislation such as this.

Now the Stars and Stripes are flying at an IDF base.

The work does not stop. Please help support this work with a donation of any amount as we are traveling to DC again this month to speak to Congress on your behalf, standing with and supporting Israel.