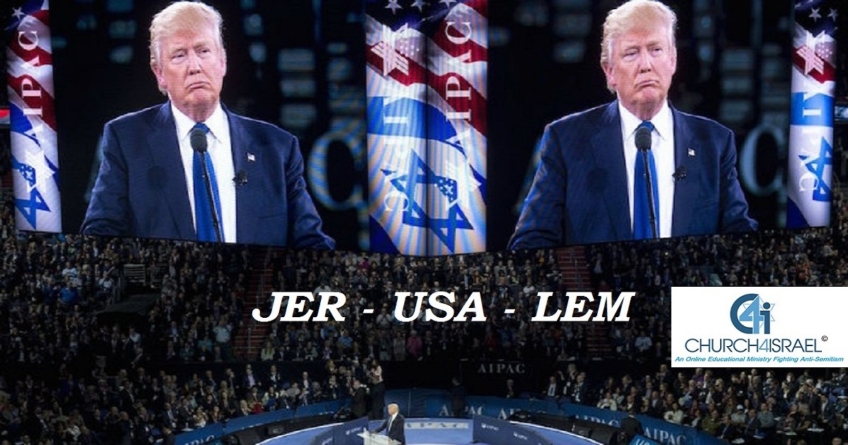 Will he or won’t he?

One of the big promises to the pro-Israel and Evangelical voters was that, as President, Donald Trump would move the U.S. Embassy from Tel Aviv to Jerusalem.

On October 23, 1995, Congress overwhelmingly passed the Jerusalem Embassy Act of 1995. The law required the Embassy to be moved from Tel Aviv to Jerusalem no later than May 31, 1999.

Every President since its passage has taken advantage of a waiver provision in the Jerusalem Embassy Act, enabling Presidents to certify, every six months, that, for security reasons, it is not yet time to move the U.S. embassy to Israel’s rightful and eternal capital city.

Since then President trump has said repeatedly it is his intention to move the U.S. Embassy as soon as possible.

Even-though Israel appreciates President Trump’s passion to do this historic move, there are many internal reasons why Israel feels this is not the right time. The last 6 months have seen a turn in negotiations with the Palestinian Authority. Israel is also in the planning stages of building Jewish apartments in Eastern Jerusalem and increasing Jewish neighborhoods in Judea and Samaria (West Bank). These internal moves and expansion are very sensitive issues on the world stage and causing increased terrorism in Israel. Those conditions, along with continued negotiations, make the moving of the U.S. Embassy to Jerusalem even a more sensitive subject.

We have to understand that as much as Israel supporting Americans want the Embassy moved to the rightful eternal capitol of the Jewish state, there are many carefully managed political moves happening in Israel right now. We need to move the Embassy when ISRAEL and Prime Minister Netanyahu feels it is the right time.

I have no doubt it will be moved under President Trump’s Administration. He continues to confirm his commitment to make it happen. Let us be patient for Israel to tell us when the time is right.

Help support our work – Church4Israel is standing for Israel and fighting BDS and antisemitism.