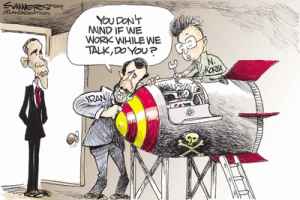 The Iran missile test took place just before the Europeans were meeting to try to salvage the Nuclear Deal even though the U.S. has pulled out. The North Korean Missiles test they report is to deter soon-coming U.S. – South Korea Military exercises.

North Korea has done multiple tests of ballistic missiles despite the negotiations with President Trump and is supplying Iran with the technology. These partners in arms are both facing international and U.S. sanctions for their threatening actions. Isn’t it time the world admitted they are working together for evil?

This Iran/North Korea coordinated show of missile strength happened before –  in 2016.

On January 6, 2016, we witnessed a convergence of military showmanship by dangerous rogue nations that threaten the world, despite UN resolutions or sanctions.

North Korea proudly announced January 5, 2016, they had successfully tested a Hydrogen bomb. A Hydrogen bomb is a thousand times more devastating than a plutonium nuclear bomb.

Early reports from experts said that it may be a nuclear bomb with a hydrogen isotope, rather than a full hydrogen bomb, but dangerous none the less. The size is the issue. Experts believe the bomb may have been small enough to place on a ballistic missile, putting it in range of Guam and possibly the west coast of the United States.

Given the history of cooperation in weapons development between these two nations, why was the mainstream media giving heavy coverage to the North Korea hydrogen bomb test and silent about the corresponding Iranian ballistic missile announcement?

Is the timing of the two on the same day in January 2016 was not a coincidence. We can bet Israel does not think so. 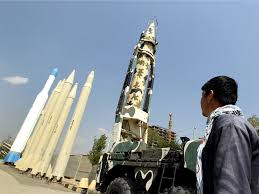 For more on this simultaneous threat from North Korea and Iran, see C4I article

“Hydrogen Bomb and Ballistic Missiles, Iran and North Korea are Showing Off”

Also – “U.S. and Israel Shot Down Missile over Alaska”

On October 2014 Iran did a test launch from a different location. That missile launch prompted the US, UK, Germany, and France to ask the UN sanctions committee to investigate.

In a formal letter to the committee, the four nations said: “The launch of this missile clearly constitutes ‘activity related to ballistic missiles capable of delivering nuclear weapons.'” The US Ambassador under the Obama Administration, Samantha Powers, confirmed that the medium-range ballistic missile launched was “inherently capable of delivering a nuclear weapon.” But then no action was taken.

ea, also referred to as DPRK, has had a long partnership history with Iran and Syria regarding nuclear capabilities and weaponry.

In September 2007 Israel bombed a plutonium nuclear reactor aiming to build fuel rods that could be converted into nuclear weapons-grade plutonium. This was a project directly with the assistance of North Korea confirmed by photographs and intelligence showing North Korean scientists working in the facility.

A February 2008 report of the National Council of Resistance of Iran (NCRI) stated North Korean-Iranian collaboration in nuclear warheads development at secret sites in Iran.

A 2010 Congressional Research Service report stated: “there also is substantial information that North Korea has engaged in collaborative programs with Iran and Syria aimed at producing nuclear weapons.”  In 1997 The Middle East Review of International Affairs warned that North Korea (DPRK) was perhaps “the most important single leak in international anti-proliferation effort, playing a destabilizing role in the Middle East.”

The Rubin Center for Research in International Affairs reported the outsourcing partner of the two nations. “Increased visits to Iran by DPRK nuclear specialists in 2003 reportedly led to a DPRK-Iranian agreement for DPRK to either initiate or accelerate work with Iranians to develop nuclear warheads that could be fitted on the DPRK Nodong missiles that DPRK and Iran were jointly developing…

“…So despite the 2007 National Intelligence Estimate stating that Iran in 2003 had halted weaponization of its nuclear program, this was the time that Iran outsourced to DPRK for proxy development of nuclear warheads and offered oil and gas shipments as payment. “

Israel is in range of these ballistic missiles from Iran and is well aware that Iran has not stopped their nuclear ambitions and growth. Israel also knows the dangerous relationship between Iran and North Korea.

The Iran Nuclear Deal Made it Worse

The Obama Administration and the rest of the P5+1 that negotiated the notorious Iran Nuclear Deal must realize they have empowered both of these rogue nations by ignoring reality. Iran and North Korea have no concern of the UN Security Council or agreements they have made with the world in the past.

The UN is not doing enough and appears powerless. The US and P5+1 are feeding both North Korea and Iran’s foul intentions by ignoring their historical relationship, Iran’s terrorist behavior, and initiating the bogus Nuclear Deal. Iran has not signed it, not committed to its rules or inspections, but is still demanding all the sanctions relief.

This shows weakness by the West not only to Iran but to North Korea as well. Given the concessions Iran received in the nuclear talks, Iran is confident there will not be consequences to their actions.

The billions of dollars released to Iran via the undeserved sanctions relief under Iran Nuclear Deal fed the terrorism worldwide, Hezbollah, the ongoing missile program, and Iran’s control over Syria, Iraq and feeding the sectarian wars. And the released funds may very well go to North Korea for development of more nuclear and missile technology.

It’s time for the media to get its eyes off of perceived political protection of the Iran Nuclear Deal and former President Obama’s legacy and on to the larger world picture.

Secretary of State Kerry negotiated and coddled Iran, the world’s largest state sponsor of terrorism, while the leadership screams “Death to America” and holds American hostages. Their partner in weaponry and deceit, North Korea, is emboldened as the Middle East explodes under Iran’s leadership.

It’s time for the close partnership of Iran and North Korea to be revealed for what it is. And that is the greatest danger to not only Israel and the United States but to the world.

Robin Rowan, the founder, and author of Church4Israel has been invited again to an important Christian Media Summit in Israel. Help her get there for more reporting by making a donation today. I can’t do it without you. Thank you in advance.