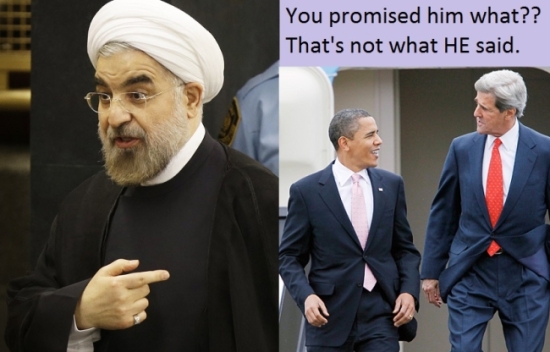 The political framework announced last week by the P5+1 contains numerous ambiguities. Not surprisingly, the United States and Iran have provided dramatically different versions of the understandings. Any final agreement will need to be far more detailed and strive to eliminate the prospect for differing interpretations.

The current ambiguities also reinforce the necessity for congressional review of any final agreement – such as that proposed in the Iran Nuclear Agreement Review Act of 2015 (S.615), authored by Sens. Bob Corker (R-TN) and Robert Menendez (D-NJ).

United States: “Iran’s adherence to the Additional Protocol of the IAEA is permanent, including its significant access and transparency obligations.” – State Department Fact Sheet

Iran: “Iran will implement the Additional Protocol on a voluntary and temporary basis for the sake of transparency and confidence building…” – Iranian Foreign Ministry Fact Sheet, translated by the Belfer Center for Science and International Affairs at Harvard University

Inspection of Military Sites – Yes or No?

United States: “If we see a site that we need to inspect on a military facility, we can get access to that site and inspect it.” – Deputy National Security Adviser Ben Rhodes, CNN Interview, April 6

Iran: “Visiting military centers are among the red lines and no visit to these centers will be allowed,” – Iranian Brig. Gen. Hossein Dehghan, April 9

United States: “U.S. and EU nuclear-related sanctions will be suspended… All past U.N. Security Council resolutions on the Iran nuclear issue will be lifted simultaneous with the completion, by Iran, of nuclear-related actions addressing all key concerns…” – State Department Fact Sheet

Iran: “According to the reached solutions, after the implementation of the Comprehensive Plan of Joint Action, all of the U.N. resolutions will be revoked and all of the multilateral economic and financial sanctions by the EU and the unilateral ones by the U.S. will be annulled.” – Iranian Foreign Ministry Fact Sheet

United States: “In return for Iran’s actions, the international community has agreed to provide Iran with relief from certain sanctions – our own sanctions and international sanctions imposed by the United Nations Security Council. This relief will be phased as Iran takes steps to adhere to the deal.” – President Barack Obama, News Conference, April 2

Iran: “We will not sign any deal unless on the very first day of its implementation all economic sanctions against Iran are lifted all at once.” – Iranian President Hassan Rouhani, April 9

Restrictions on Enrichment – 10 or 15 Years?

Iran: “The limitations are for 10 years and then enrichment will continue its own scientific process. We have accepted 10 years of limitations.” – Iranian Foreign Minister Mohammad Javad Zarif, Interview on Iranian State TV Channel 1, April 4

Research and Development – Limited or Not?

United States: “Iran will not use its IR-2, IR-4, IR-5, IR-6, or IR-8 models to produce enriched uranium for at least 10 years. Iran will engage in limited research and development with its advanced centrifuges, according to a schedule and parameters which have been agreed to by the P5+1.” – State Department Fact Sheet